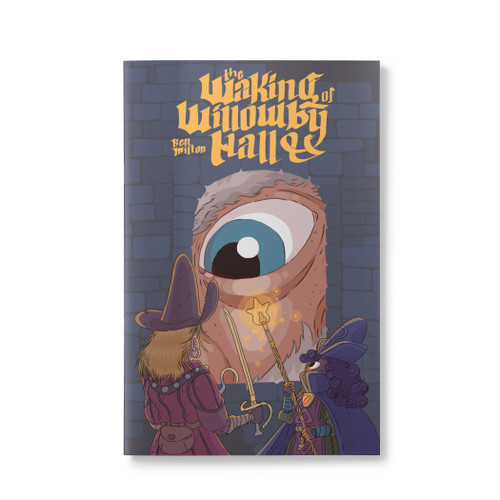 The Waking of Willowby Hall is a dense, highly interactive RPG adventure set in a ruined manor beset by a rampaging giant, roving bands of restless dead, and a very angry goose.

The manor of Willowby Hall is under siege by a giant, enraged at the theft of his magical goose. The band of thieves has taken shelter within the manor's crumbling walls, cowering with their ill-gotten poultry as the building shakes itself apart. But something else is stirring. The giant's rampage is slowly awakening a Death Knight from its black slumber, and once it rises it will call on the bones of the manor's old residents to drive out the intruders.

Will the party loot the manor of its ancient relics, or succumb to the blades of its skeletal guardians? Who will make off with the goose and its golden eggs? Will anyone survive the giant's onslaught? The only way to find out...is to play.

Down and out in Dredgeburg