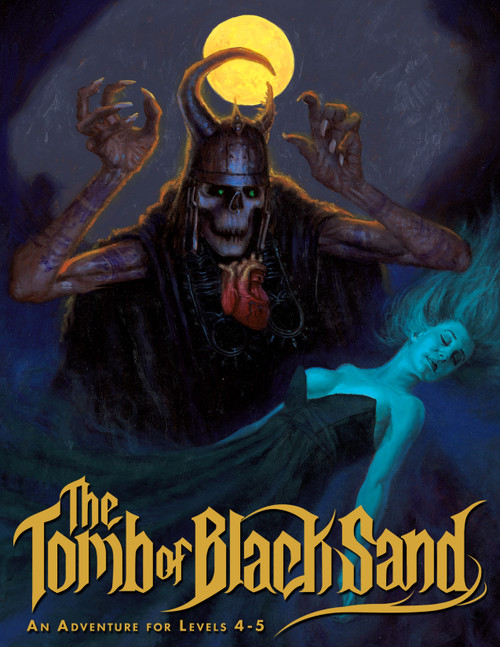 The Tomb of Black Sand is an adventure created for use with contemporary (2019) table top role playing games. Yet, deeply rooted in “old school” RPG design sensibilities. It can be used as a one-shot or as a hook filled location on the map that players can explore or ignore over the course of their adventures.

Please note: The cover images are a digital mockup, but they are representative of the finished cover (there's a slight edit to the moons). The book is expected to be completed by the printer on October 11th, and should begin shipping around October 21st.