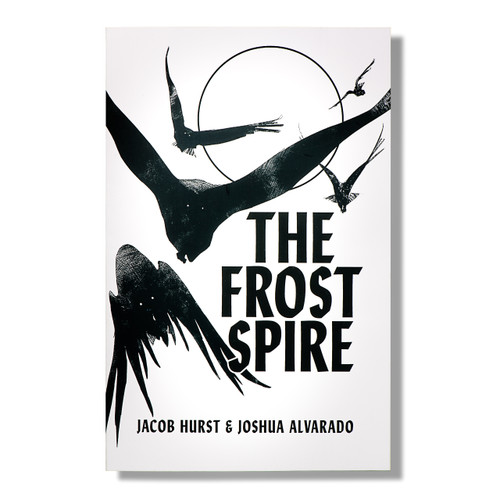 Long ago, when the world was new an elf king was banished and tossed into the sea. His hatred was so great, and so cold, that it froze the water into a spire of ice and he was cursed to drift forever, bringing winter to the world.

But sometimes, he hungers for the blood of bad children.

And on nights, when the fog is thick, and the ice piles up in jagged sheets upon the shore, he sends his wives to steal away crying babies, and the kinds of children that fight and do not do as they’re told. So beware sweet voices in the fog, and stay close to the fire, or be carried off howling, to The Frost Spire.

The Frost Spire is a winter themed adventure for old school RPGs and players of approximately 3rd level.

Morrigan, the 7777th child of the Fairy King of Winter has been tasked with claiming (i.e., kidnapping) children of great innate magical power and sending them to the Winter Court for training in the magical arts.

The adventure can easily be played as a straight dungeon crawl.

However, because the Frost Spire is part of the fey realms time moves strangely within it, and the dungeon can serve as a way to transition a campaign through time and space. Additionally, although Morrigan is kidnapping children, if they are left untrained their unchecked magical skills will threaten the very fabric of reality. Because of this, the adventure can also be resolved almost completely socially with focus on grey morality and tough choices.

Contains killer art by Joshua Alvarado and a map by Dyson Logos.